They spend my money, they consume my electricity, they connect to my internet, they take up my bed...

They also strictly control my dating and work conditions.

Does it sound like I'm complaining about my girlfriend? No--

What I'm complaining about... is my four computers at home!

The tablet that steals and swipes my credit cards while buying protective covers as if they were new clothes, Pingping.

A gaming laptop that wears an eye patch to seal her power, which also covers her front camera lens, Jinger.

The old workstation on the verge of obsolescence and hides in the cupboard out of laziness, Shushu.

And the one who wants to sell off all the other computers in the house, the two-faced desktop, Juji.

Who says it's pathetic to be single having only computers?

It's pathetic if you are single with 'only' a computer!

Computers once dominated everything in my life.

That was until I bought my first smartphone...

A jealous woman is scary, but a jealous computer is even scarier.

A war without smoke and fire but with a surge in electricity costs is about to begin! 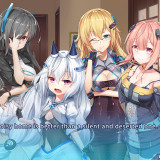 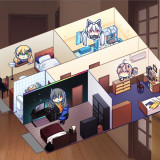 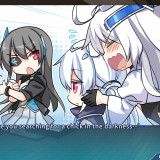 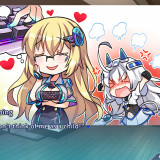