Yatsushiro Yuzuriha, president of the school's Council of Nicaea, knows the truth hidden within the school. The silver-haired beauty seeks to prevent Suou from reaching it by giving her what seems like an impossible task—take over the role of president and she'll hand over the key to what she desires.

However, Yuzuriha is harboring her own secret, buried deep within herself...

As the leaves turn and strange incidents continue to plague the isolated Saint Angraecum Academy, interweaving threads of emotion tangle together in an intricate story of love and truth.

This is the third game in the Flowers visual novel series from Innocent Grey, renowned for its beautiful artwork, engaging stories, and complex characters. 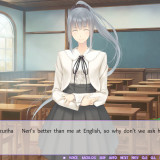 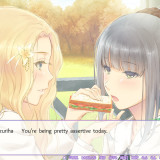 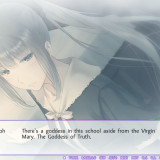 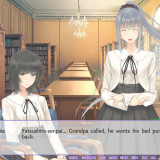