What is the last eroge you finished, and what do you think about it? 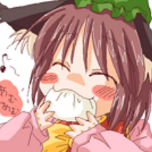